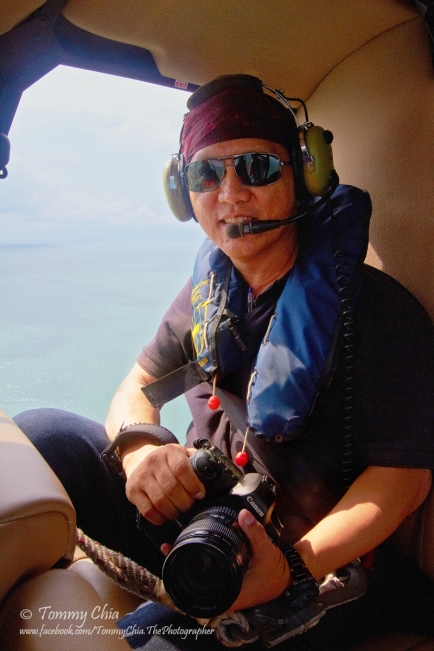 18th December 2013, Singapore – In our last episode, Part 1 of this Special Feature, Master Photographer Tommy Chia shared with us his humble beginings, how he survived the industry and competition to where he is today. Trust me, when I was editing Part 1, I did it with a really heavy heart as I can fully understand what he had went through, every words he said and every situation he has been into. Although I suffered a different level of “modernized problems”, I dare to say that what Tommy had went through, commonly coined as the “phases of digital changes”, many of the younger photographers of today will not be able to fully understand.

This is Part 2 of a 3-Parts Series where we enter Tommy’s life as a Professional Aerial Photographer. In this part, we were given an opportunity to learn more of what makes up his job, his area of expertise, his specialized job in general and more! This part was done in an interview style and let the man speaks for himself. 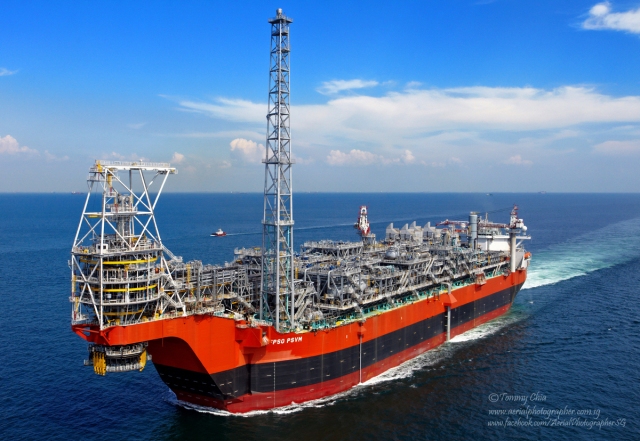 Editor: This is dangerous by everyday standard, how do you protect yourself?

Tommy: On the contrary, flying is not as dangerous as most people perceive it to be. Pre-flight checks by the pilot are necessary, and passengers have to be briefed on safety and evacuation procedures before the flight. During the flight, every passenger has to ensure their safety harness is secured. Thus in my perception, the danger here may only be probably the height that we fly at.

Editor:  What kind of satisfaction do you get whenever you completed an aerial shoot?

Tommy: Of course, knowing that I got THE shot gives me satisfaction. However it is not only about the photo shot, but the professionalism and knowledge that I can contribute and which goes to the project. Because I would need to liaise with the ship’s captain on the rendezvous point, not only I need to know the ship’s departure/arrival time, but I also need to possess map reading skills, and the ability to pin and locate the vessels. With these abilities, I am able to spot the ship even faster than the pilot himself and help prevent delays giving me another winning edge. It is with this knowledge and aerial photography skills that gives me confidence and satisfaction each time I complete a shoot.

Apart from maritime vessels, I have also had the first-hand opportunity of photographing local government land projects like new reservoirs, roads and road expansions. I not only get to see these projects before ‘opening’ but also a bird’s eye view of Singapore that is only unique to me and my lens.

Editor:  Tell us more about the experience – where did you go, and what did you do?

Tommy: It has been 15 years since I first flew and saw more than a hundred types of ships, tankers, oil rigs and sea vessels that I had photographed first using analog, and now digital cameras. I have clocked over 500 hours of helicopter time while on assignments which has taken me to as far as Indonesia, Vietnam and Malaysia, including Sabah & Sarawak.

Editor: That’s incredible! Please may I ask, was there a particular place/vessel/people during that experience that you liked the best for shooting? What was so memorable or compelling about it? Was it planned, contracted or was it a spontaneous decision? Can you describe what happened that day?

Tommy: All my works are commissioned assignment and needs to be planned ahead because of restrictions with chartering of the helicopter and Singapore’s airspace which requires a 7 days notice to apply for a flight permit. The timing of the vessel and cost of hiring a helicopter are also taken into consideration in order to make the shoot more cost efficient.

One of the most exciting assignments that I had done was to shoot a new assault / search & rescue fast craft that was built in Vietnam, designed by Italian. We flew on a huge Soviet built MI 17 helicopter over the scenic Ha Long Bay chasing this fast craft. It was an exuberant feeling being in the air overlooking the entire Bay. I was thinking at the time how unique it was as probably not many people would have had the same experience. After the flight we landed at a military base nearby and all of us (everyone involved in the project; from pilots, aircrew, refilling crew, military coordinator, clients, translator) took a boat out to a floating restaurant at the bay to have our lunch with the fast craft berth beside it. 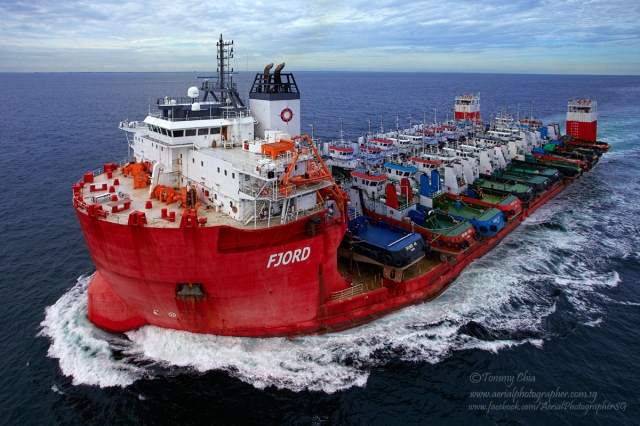 Another interesting assignment happened this year when we went to Sabah to photograph a special built rig 100 km offshore in the South China Sea. Not long after take-off on the first day we were chased back by a heavy storm. We had to wait to fly again the next day. On the second day, our flight had to take an evasive route to avoid storm clouds and we flew over an hour each way to and from the rig. I was able to see full production oil fields out at sea with all the various types of oil & gas vessels. There were Drilling Rigs, oil Platforms, FPSO, Pipes laying ship, accommodation barges, Anchor Handling Tugs and supply vessels all in one location. I had previously photographed each type of this vessel separately and it was an eye-opener to see them all in one place.

Editor: Wow! I can imagine how the sight will be! Breathtaking will be insufficient to describe what you have seen and experienced. My next question will be; What is the thought process behind taking a specific set of photos and does it have any meaning behind it? How did you do it? And What did you learn from this experience?

Tommy: Changing from shooting people to shooting ships may probably look like it’s a vast difference. But to me, be it people or objects, small or big, there are some similarities; after all everything in front of the camera becomes an object to the lens. It is the photographer who depicts how the picture talks. As also with people, shooting ships still requires good social and interpersonal skills in order for me to coordinate with everyone involved to get the ship to the point of shoot. Therefore, besides the angle of the shot, I have to think about my relationship with the people I’m working with, as well as the coordination and planning needed. I have heard of horror stories where the Captain did not give the accurate time on his position and the photographer could not find the ship.

As for the angle of the shot, I believe that be it ships, buildings, products or objects, each has a creator and with that comes the first person’s visualization of that object which I need to search for; that first angle which the architect drew on his drawing block, that’s where the beauty lies. Shooting human is different; we must distinguish the side (angle and profile) to be not pleasant to the eye (camera). Once that is established we should avoid that angle / profile and we will have the better angle / profile in front of our camera.

Editor: Well said! Ok, a few years down the road, when you are an even more accomplished photographer, more famous than you already are, what role do you think this experience would have played in your development?

Tommy: It’s already almost 28 years since I became a professional photographer. It is the passion that kept me in this trade thus far. It’s by God’s grace that I am still around to do what I enjoy most and use the talent that He has given me. My work has stretched a vast spectrum of the trade and I believe God can take me higher and I am ready for the next decade.

Editor: I am very sure of that too. Any last words for today’s session?

Tommy: It was God’s that had humble me and his grace that strengthen, gave me wisdom to rediscover myself. Thank God, my Family and friends who believe in me.
“God opposes the proud but gives grace to the humble.” Humble yourselves, therefore, under God’s mighty hand, that he may lift you up in due time. Cast all your anxiety on him because he cares for you. – 1 Peter 5: 5-7.

Here‘s a a video from Tommy for your better understanding of what an aerial photographer do.

We will be back with Part 3 of Taking to the Skies with Tommy Chia.