Entry 251
Caption: They Build this City – Migrant workers remain often unseen, unnamed and uncredited for their effort. A squad of migrant labourers swing into action at Syed
Alwi Road.

Entry 252
Caption: Flaunt – Little India – a neighbourhood that looks and feels very
different from any other street in the city. Well, it’s Uniquely Singaporean. 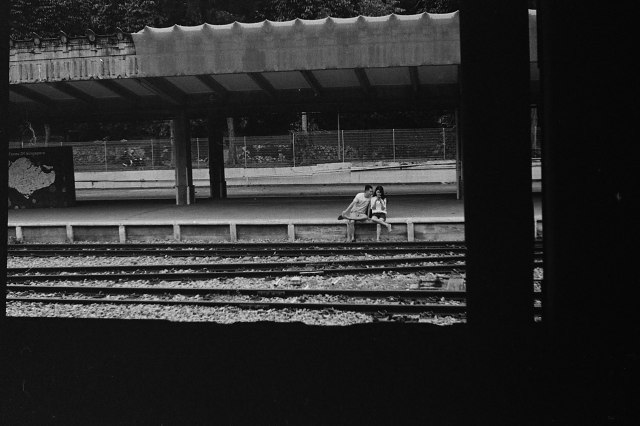 Entry 256
Caption: These colourful flats built in 1977 have since became a distant memory among us..

Entry 257
Caption: The Dragon Playground in Toa Payoh is one of the last few remaining heritage playgrounds from the 1980s.

Entry 258
Caption: The best escalator to Opportunity is a Creative mind! The National Gallery, where this photo was taken, is a place where we can enjoy creative works. 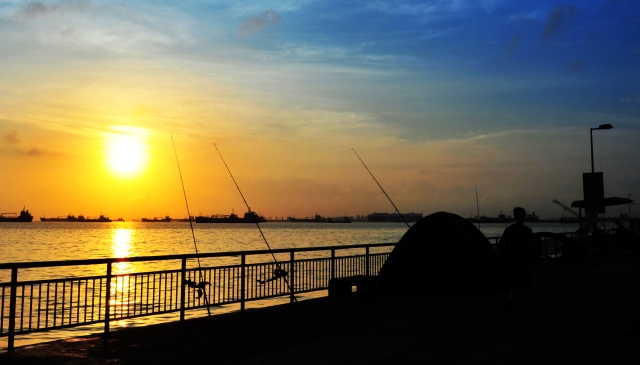 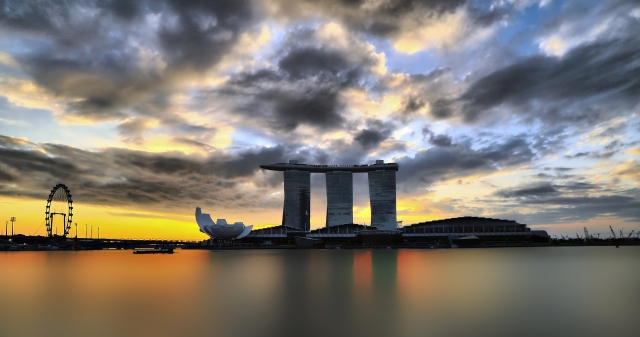 Entry 265
Caption: After renovation, the Victoria Concert Hall is a great place to go to attend orchestra concerts as well as watch and listen to bands performing occasionally here. 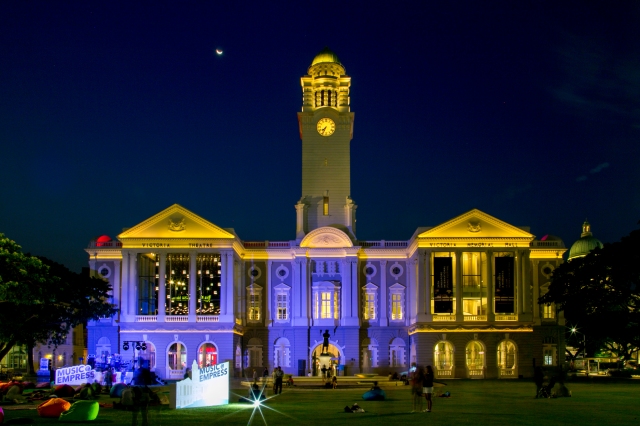 Entry 266
Caption: The true heroes whose hard work builds a better life for citizens on this little red dot.

Entry 267
Caption: Oblivious of the law and the people around her, she takes great pleasure in feeding these pigeons on this little red dot. 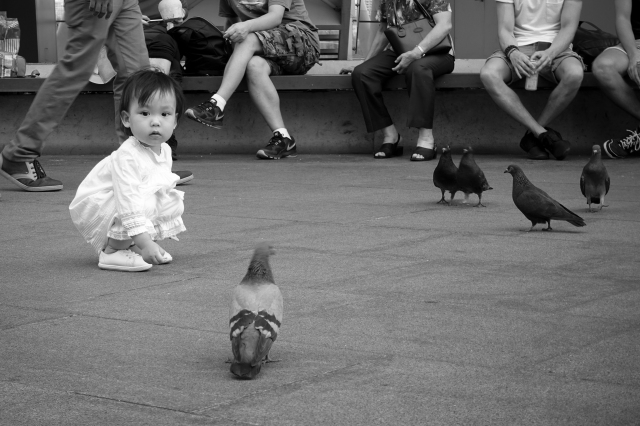 Entry 270
Caption: Through my lens I would like to capture this beautifully design building in NTU. 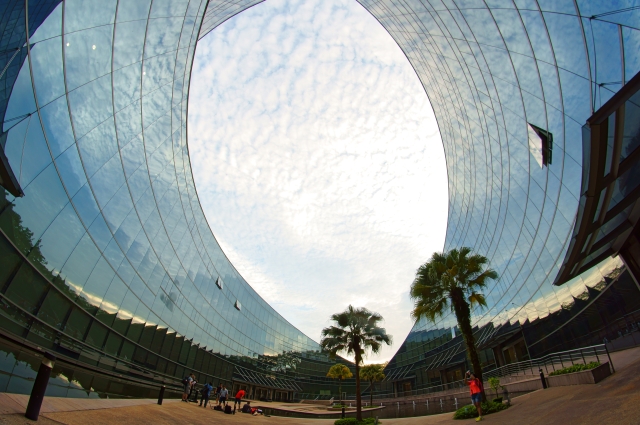 Entry 271
Caption: River Hong Bao, the lanterns and the fireworks are the most interesting part of the event that attracted me to go every year. 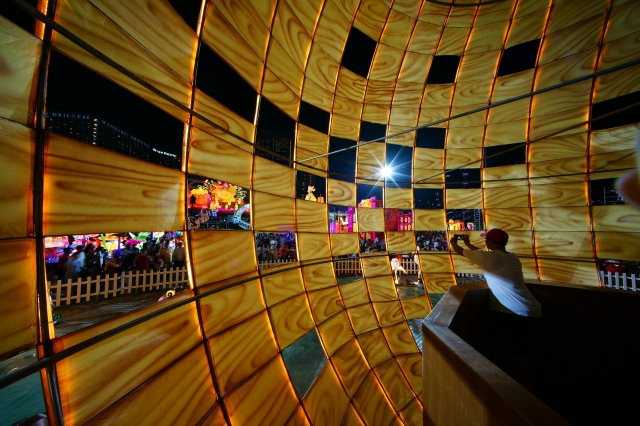 Entry 272
Caption: MacRitchie reservoir is a place for Singaporean to relax, exercise, picnic and for me this is a beautiful place for photography. 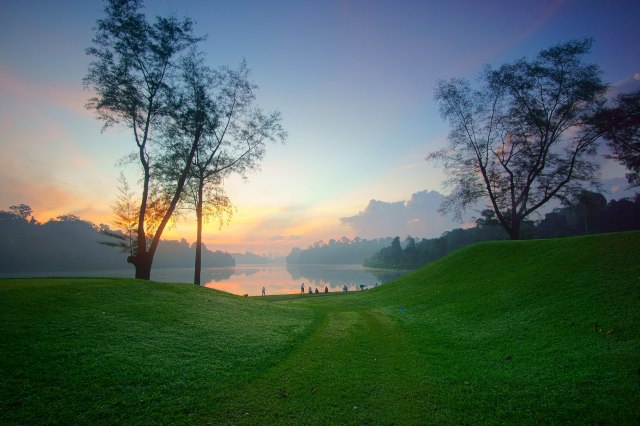 Entry 274
Caption: A morning with burning sky at the Singapore Flyer over look the garden by the bay. 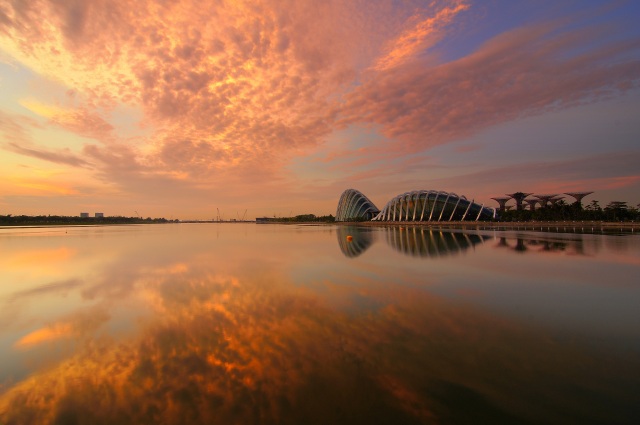 Entry 275
Caption: During Chinese New Year, Chinatown is a must go to soak in the festival atmosphere. One of the stalls in Chinatown bazaar.

Entry 276
Caption: This is one talented uncle at the Chinatown bazaar during Chinese New Year. 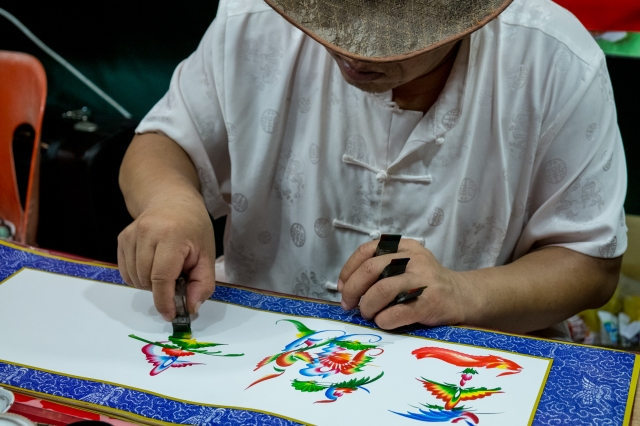 Entry 277
Caption: A Junction of Choices – When you are lost, keep walking. What awaits you is a junction of choices. Make the right decision and move on. You shall be fine. 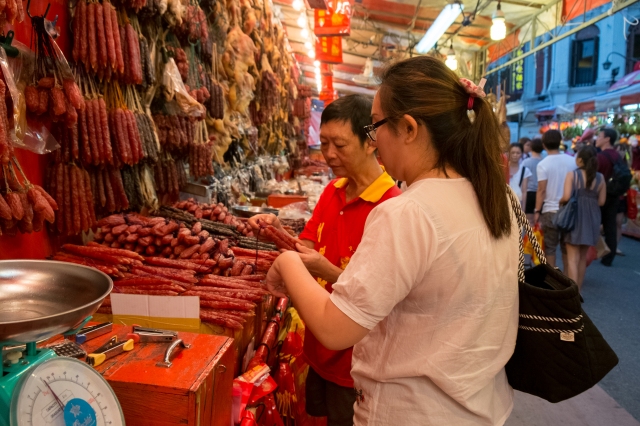 Entry 279
Caption: A Whirlpool Of Wonders – Like the waters, we swirl round & round in life chasing after our dreams. Make this journey a wonderful one, with the time given. 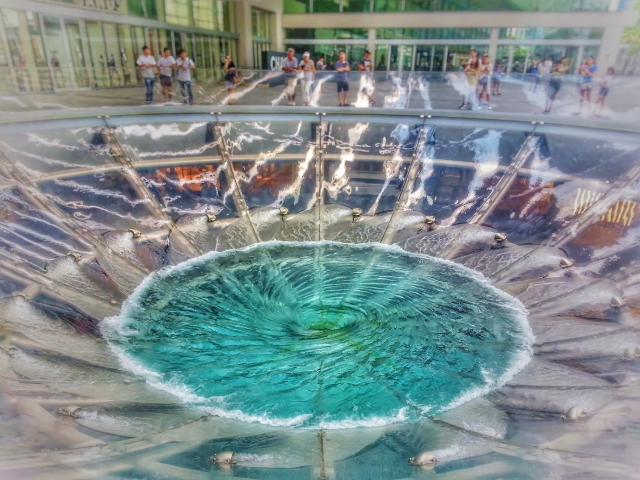 Entry 281
Caption: The fireworks display at the National Day Parade of the little red dot. 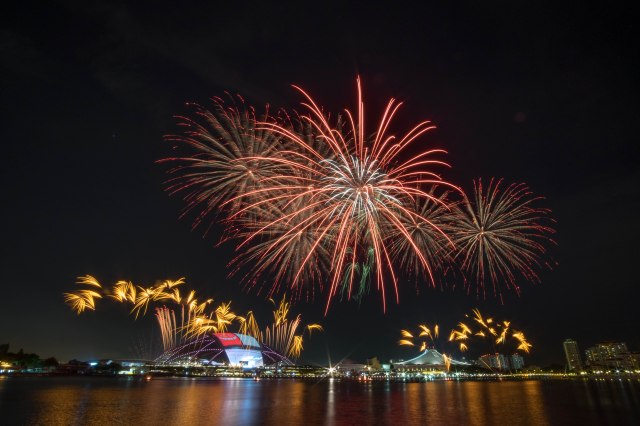 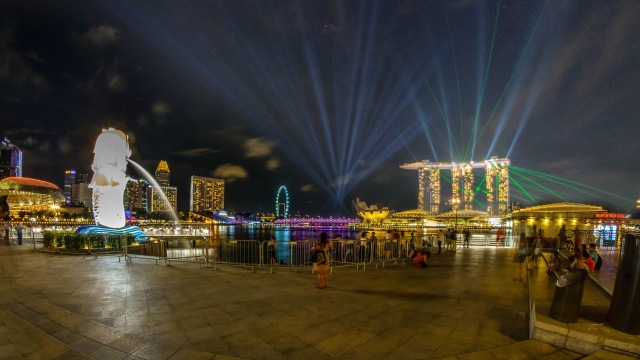 Entry 284
Caption: The 2 Domes of Garden By The Bay. Equipped with the latest technology to maintain the temperature , create a great environment for all flower.

Entry 285
Caption: Tanjong Rhu. Transformed from an old jetty to a luxury residency area. It links with the new Sport hub and created a nice water sport and  leisure  kallang river view. 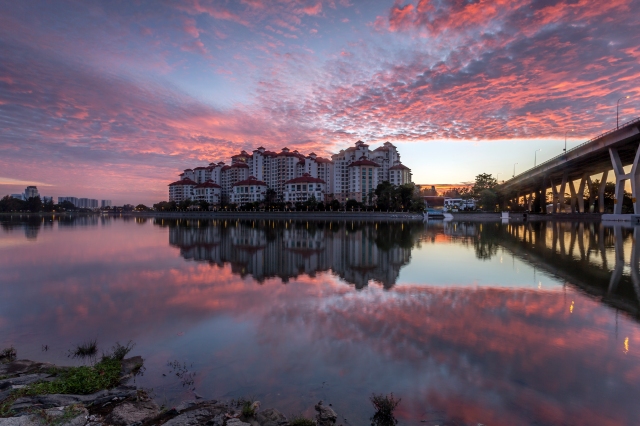 Entry 286
Caption: Jetty@Ubin – known as Pulau Ubin an island of Singapore which still very much the olden days of Singapore. The natural side of the modern city.

Entry 287
Caption: The Pioneer Generation. We need to pay tribute to all the pioneer that help Singapore from nothing to first world country. 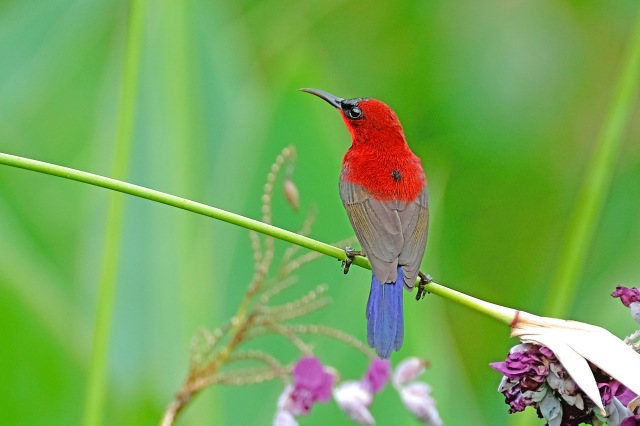 Entry 289
Caption: Singapore is…the “old” sprinkled in with the “new”.

Entry 290
Caption: Singapore is a hot little red dot, that’s why Cendol, ABC are our favourite dessert. In this photo, we can see our culture, our moral values.

Entry 291
Caption: Proudly Ours – Small as we are, yet beautifully surrounded by greenery within reach. This is Botanic Garden, dearly ours ….. proudly ours. 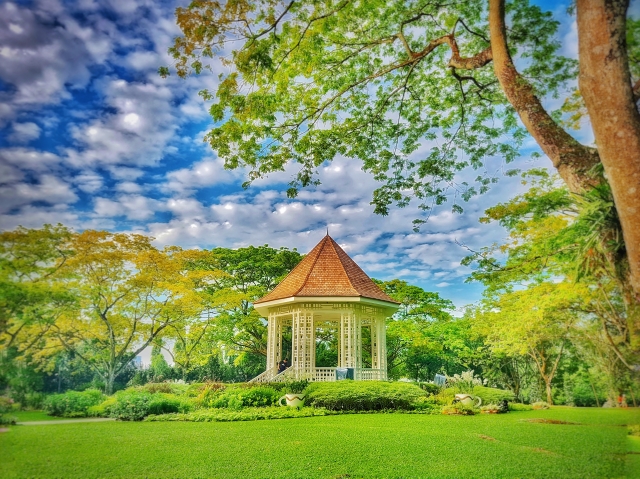 Entry 292
Caption: City of Gold – The nature takes its course as the morning sun rises and adds a little touch to the city with a spread of golden glitters across the sky. 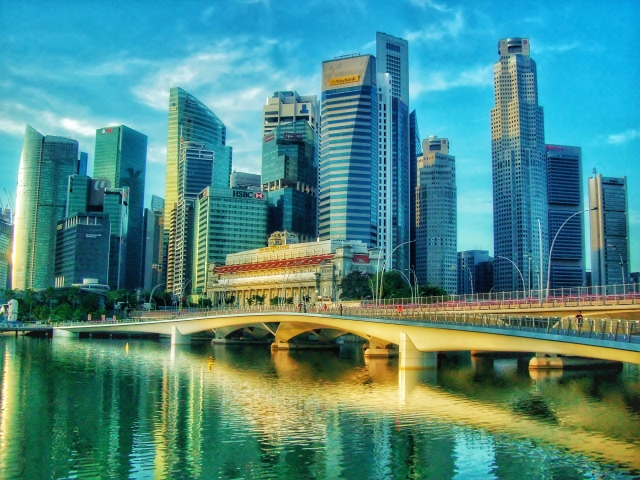 Entry 293
Caption: The buzz of a Chinese New Year night market in the historical Chinatown against the backdrop of a modern skyline of Singapore. 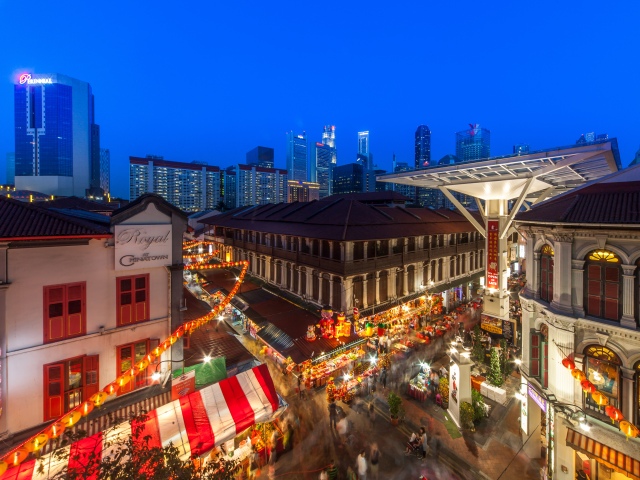 Entry 294
Caption: Sunset at one of the four reservoirs that bound the nature reserves, Upper Seletar Reservoir 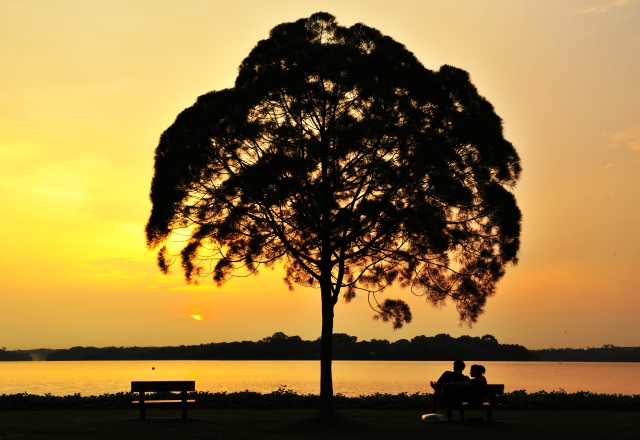 Entry 296
Caption: Punggol Waterway, the first Eco-town in Singapore offers a serene environment where residents come to escape the hassles of city life. 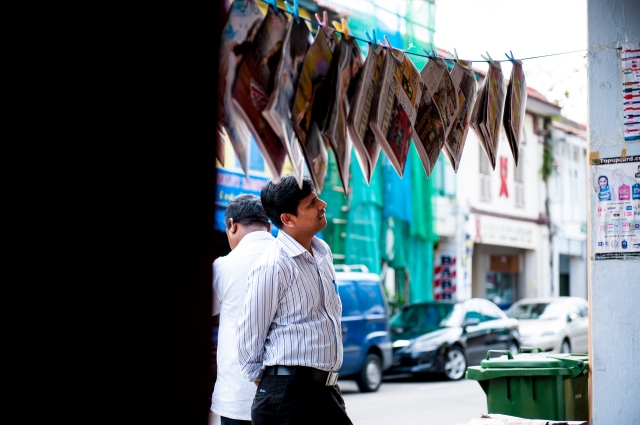 Entry 298
Caption: Keep a little Fire Burning, like a little Red Dot on the map! 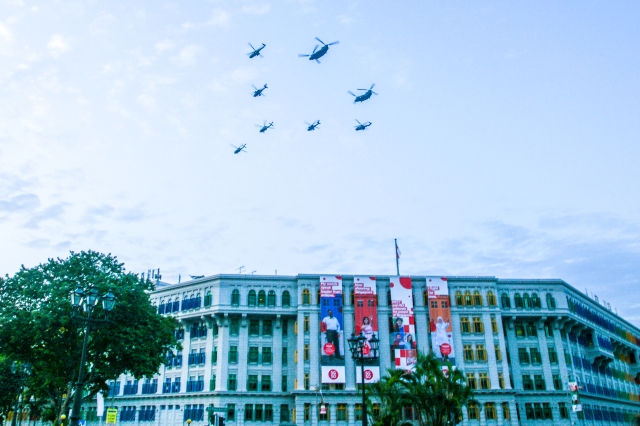 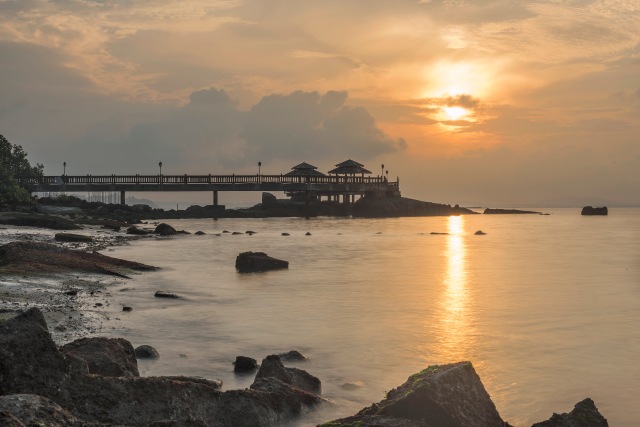