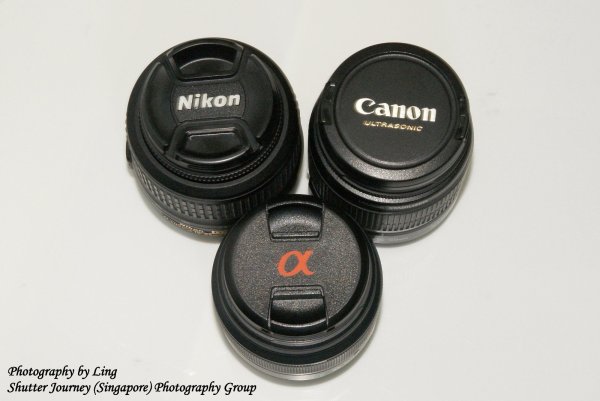 Since I have access to 3 different brand’s kit lenses of the current generation, I was wondering if I should do a write up on their physical appearances. If you wish to know more about each individual lenses, do search for them on the bar on the left (on the main page) as I have previously reviewed them. I will include the links at the end of this article too. Here we go.

Picture: Left to Right
1) Sony Alpha SAL (DT) 18-55mm F3.5-5.6
2) Nikon Nikkor AF-S DX 18-55mm F3.5-5.6G VR
3) Canon EF-S 18-55mm F3.5-5.6 IS & Non IS
On first look, the Nikkor unit has a taller stance then the other 2. It doesn’t even have a filter when the Sony & Canon unit has a front filter and each sitting with their rear lens cap in place. The Nikkor still stand taller. Another interesting fact is, Nikon & Sony had adopted the dual cap locking system (centre & side release) for a long time and Canon had no improved on their lens cap design, still retaining the side locking since 1990s.

When fully extended to 55mm (zoomed), I noticed that the Sony & Canon’s units extended the most while the Nikkor’s physical zoom ratio is slightly less than Canon. Sony has the longest zoom here. At fully zoomed, Nikkor’s unit is still the tallest here. Another interesting find, at the fully zoomed position, the Nikkor’s extended portion are very filmsy to the touch while Canon & Sony’s units are much more refined in this area.  On the design wise, Canon has the most “Professional” layout while Sony adopted the “No-Frills” and minimalistic design – carried over from the Konica-Minolta legacy. And while Nikon & Canon added the chromed-color silver ring near the zoom ring to give the “Pro” look, Sony retains its matted silver ring, also another trace from the predecessor. The Sony unit probably has the worst rear lens cap here (above). 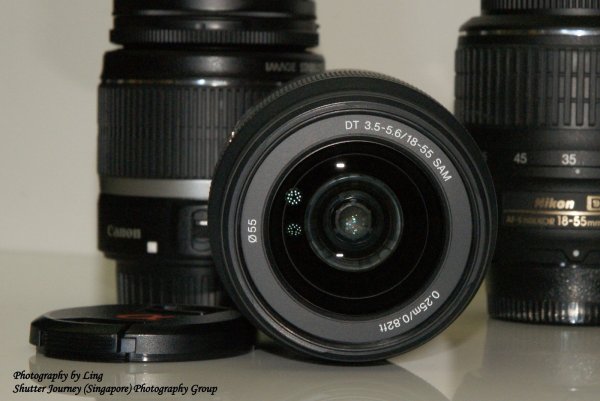 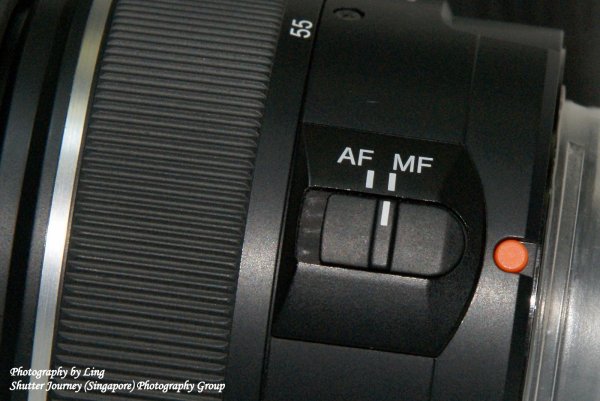 Picture: Sony Alpha SAL (DT) 18-55mm F3.5-5.6
Uniquely, Sony’s simple design is catching on with many photographers today. From the fine zoom ring to the AF/MF button, everything spell “Simple” and almost “Zen-like”. Among the 3 brands, Sony outshines Nikon & Canon on Build quality and clearly the winner among the three. 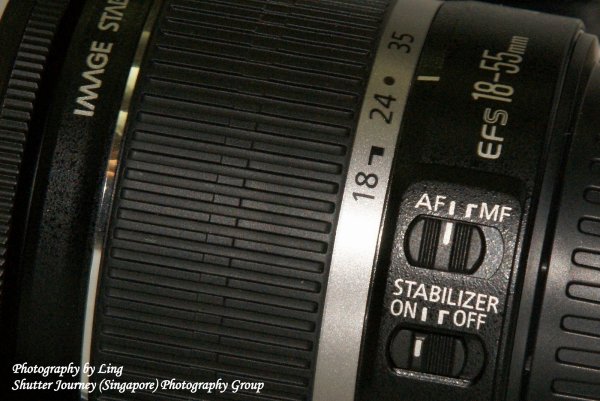 Canon’s lens designers gave priority to the cosmetics rather the material used. Canon’s kit lens was “Very Professional Looking”, but sadly, “Toy-like” when handled. The buttons layout are nice, but not really friendly to use. Try shooting then use your left hand fingers and try to fumble with the switch, you will find that somehow the “touch” is not there and something is not really right here. But back to the looks department, Canon beats Nikon and Sony hands down in this area. 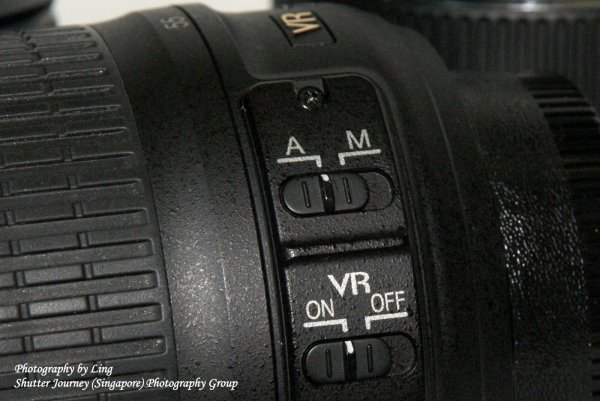 Nikon concentrated on ergonomics and ease of use for their design. Though the AF/MF button and the IS/VR Buttons are positioned the same, look at Nikon’s button carefully and you will notice the the button has more “switch” surface than the Canon unit. Honestly, this make changing modes easy while the photographer can continue to compost the photo through the viewfinder without having to double confirm the button he/she is pressing is the correct one. (Sony’s unit has only one button – very easy to use. Sony’s SteadyShot is built into the body itself) I tried switching modes with the Nikkor on a Nikon D60 and the Canon on a EOS 500D, I can easily change modes on the D60, but on the 500D, my head have to move away from the viewfinder and confirm what I am switching many times.

Nikon is clearly the winner on ease-of-use here.

A kit lens may be the cheapest consumer-grade lens the manufacturer made to package with DSLRs, to sell their DSLRs. But being the lowest form of life on the lens range does not mean having to perform badly too. Read the individual reviews you will realize each of these lenses has their great characteristics.

For me, a lens must perform well, handles well and produce reasonabley average-quality photos. Not a lens with nice design or professionally crafted.